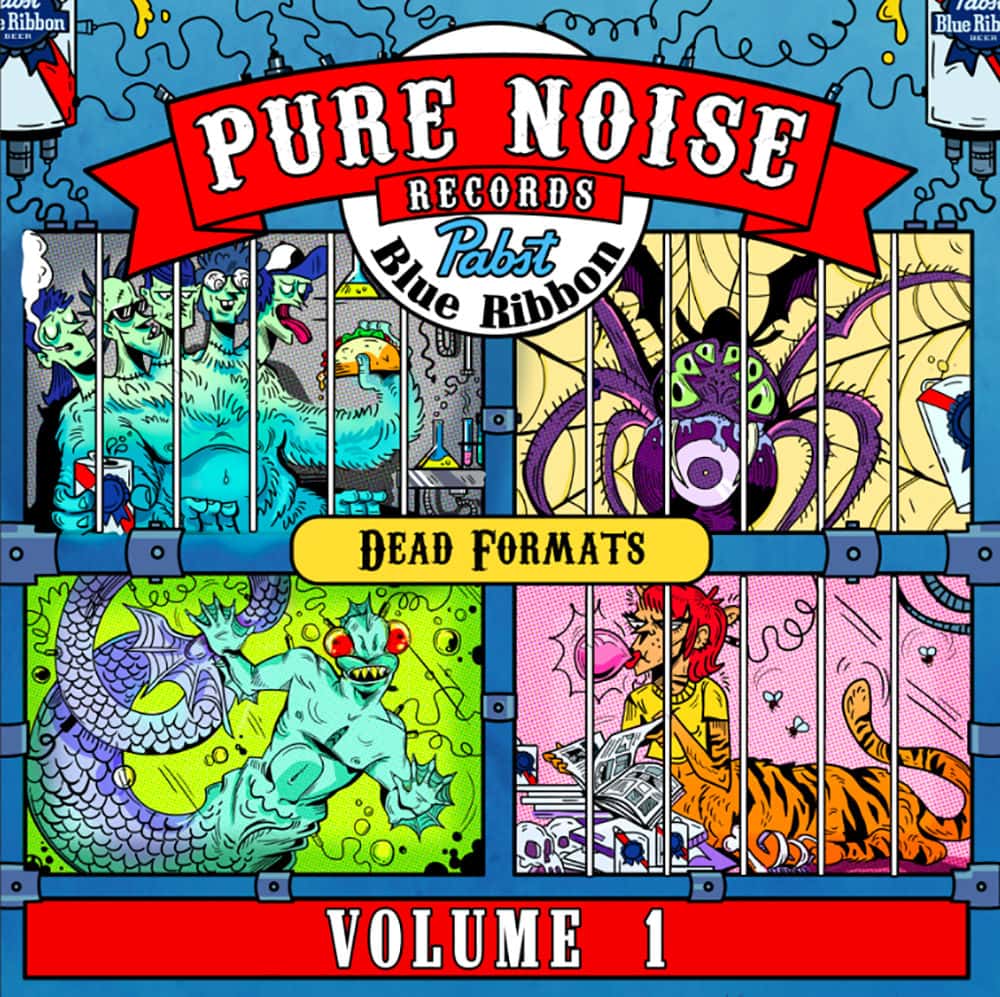 Pure Noise Records and Pabst Blue Ribbon have announced Dead Formats Volume 1, a 15-track compilation featuring the Pure Noise Records roster sharing their takes on the celebrated punk/emo/ska songs that helped shape the scene in the 90’s and 2000’s. Two tracks from the compilation are available today – Hawthorne Heights’ cover of “Inside Out” by Eve 6 and Seaway’s version of Descendents’ classic “I’m The One”. Listen to both songs below.

“First of all, we’ve always considered ourselves the Eve 6 of Emo,” says J.T. Woodruff of Hawthorne Heights. “They were always too pop for grunge and too grunge for pop. We have always been too poppy to be heavy and too heavy to be poppy. Back in the early 2000s, I was way more punk than I am now, and I still sang this song every time it was on the radio. Also, Max is funny on twitter. He changed the twitter handle to Eve Cigs and sucked me back into the blender for life.”

“We learned about so many of our favorite bands from comps like ‘Punk O’Rama’ and ‘….Dragging the Lake’ so it is amazing to be a part of something like that for the next generation,” says Seaway on their contribution to the compilation. “We are honored to be a part of the first Dead Formats comp, huge thanks to Pure Noise and PBR for considering us. Descendents are an untouchable band in our eyes, so we didn’t really want to remake “I’m The One” as we were sure it would pale in comparison. Instead we decided to put a more Seaway spin on it, so that fans wouldn’t have to compare our version to the original, but hopefully be able to appreciate both.”

“We’re so excited about this partnership. There are a lot of shared values between Pure Noise and PBR – independence, grit, being a sort of DIY underdog. We just love their energy, their roster of bands and artists, and feel grateful that they’ve invited us to collaborate on the idea and execution of this comp,” said Nick Reely, VP of Marketing at PBR

“Brain Stew/Jaded” by Four Year Strong and “Fell In Love With A Girl” by LURK, which are also found on the compilation were released last month and can be heard HERE.